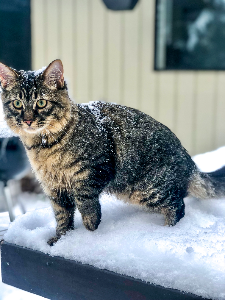 Petrie is February’s Pet of the Month! Now, the permanent scars on Mom’s arms might beg to differ that Petrie is deserving of Pet of the Month, but there is a lot more to this kitty than the occasional rough housing (which he learned from his older dog siblings).

A very important point to make before we go on about this cat is that he is more dog than cat. As mentioned above, Petrie has two doggo siblings that he has known since he was six weeks old. This has caused Petrie to be a dog trapped inside a cat’s body.

When Petrie is not selflessly guarding the house from bird attacks, he can be found affectionately giving Mom ALL the kisses. Never has there been a cat that has loved as much as a dog… and yet here is Petrie! 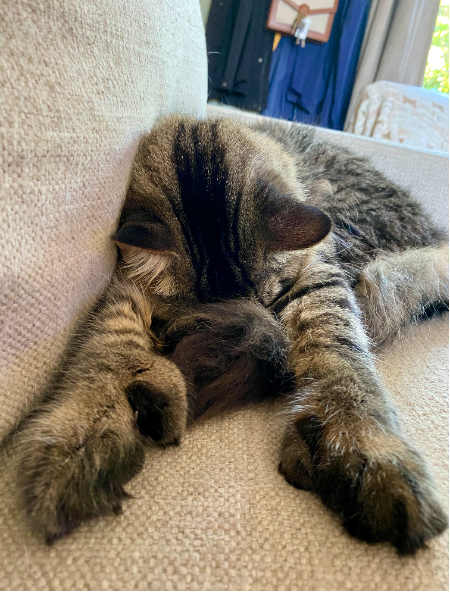 Petrie received his name for his extra thumbs that he has on his front paws which make him polydactyl. If there are any Land Before Time fans out there, then you would know that the little pterodactyl’s name in it was Petrie! (And let’s be honest, the extra thumbs are more than enough reason to name Petrie Pet of the Month.)